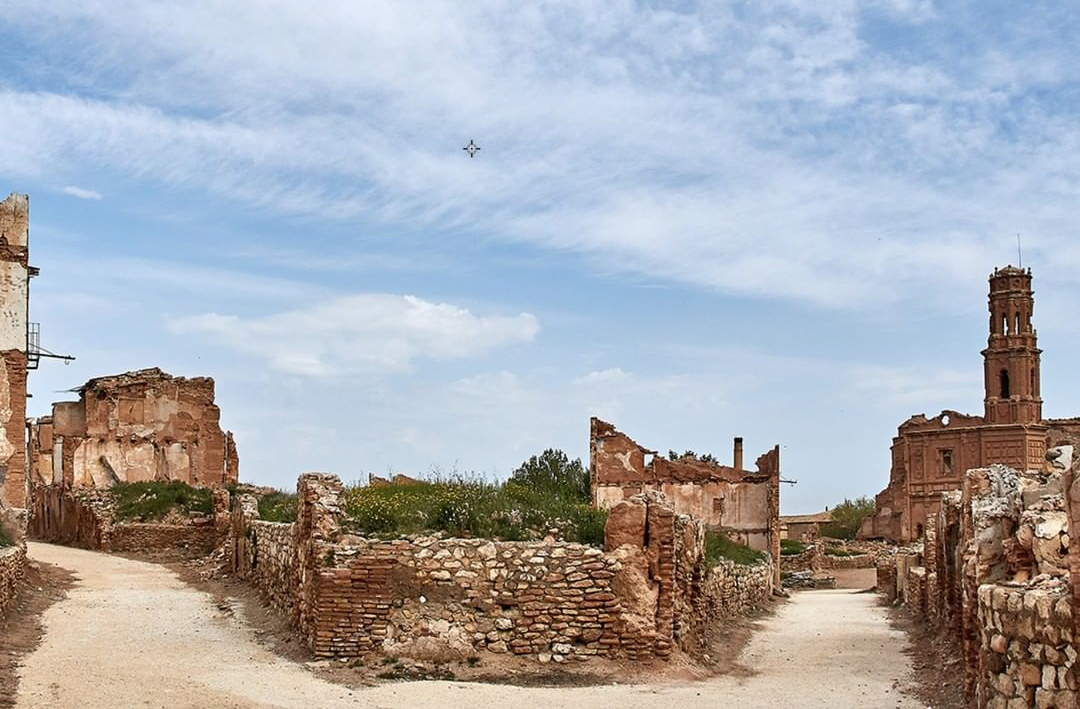 Belchite Spain is one of the most historic places in Aragon due to the remainders of the Civil War and its olive forests, which make this land a must-see spot during your visit.

Olive oil, and therefore olive forests, are one of the main attractions of el Campo de Belchite, Spain. It’s in this territory where we can find the largest olive forest all around Aragón, with a surface of 700 hectares.  Going all over the region, tourists wonder at the centuries-old olive trees distributed in small plots. From these trees, the producers obtain the raw olives with which extra virgin olive oil will be obtained in the mills. This oil has been continuosly awarded due to its quality, which makes it a very value teasure. If you are interested in discovering everything about the process and this kind of forest, there is a walking route starting in Belchite and that reaches Elbow that you can’t miss. 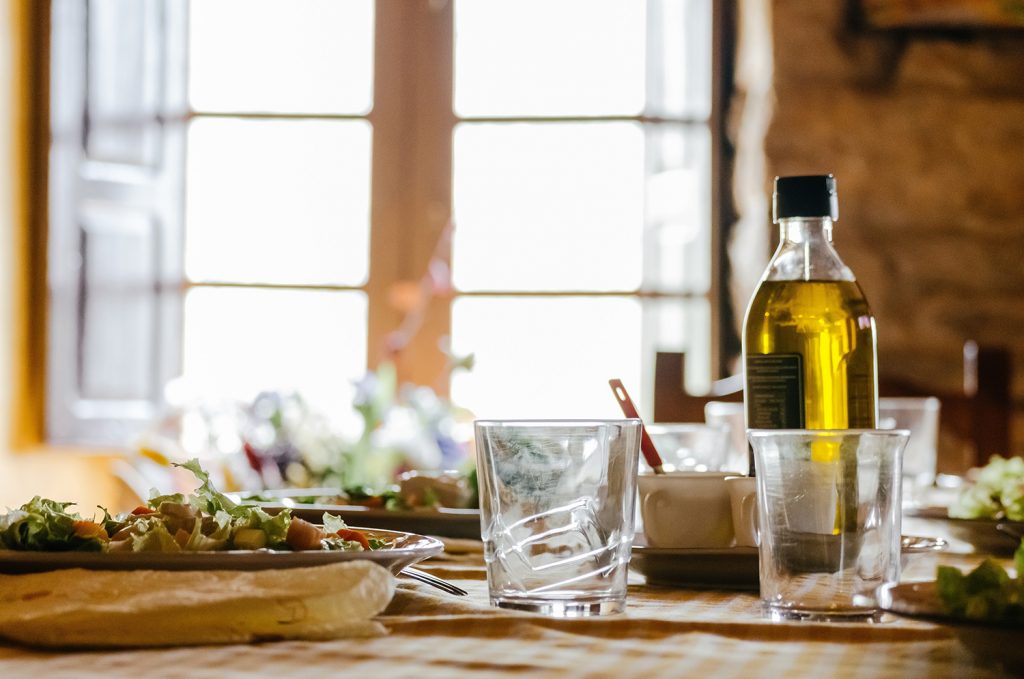 Extra Virgin olive oil, made of Empeltre olive variety from Bajo Aragón, is one of the most characteristic agri-food products of Campo de Belchite, Spain. The fruits are taken from both traditional and new farms. The first ones have specimens of more than 500 years of age; meanwhile the second ones are more productive and with innovative irrigation systems.

For the production of this oil, the extraction procedures – grinding, beating, pressing, centrifuging, decanting and filtering – are exclusively mechanical, without the product undergoing any type of transformation that alters its natural characteristics.

Empeltre olive oil, obtained in Campo de Belchite, has many special qualities, which make it different from any others. Its color has nuances from golden yellow to old gold. It has a very sweet flavor, with light touches of apple and almond, and a very fruty smells that remainds of ripe olive. Because of its pleasant and smooth taste, it is an ideal option to pair with some less intense flavor dishes,  such as grilled or baked fish; vegetables, etc… This kind of oil will intensify these flavors instead of cover them up. 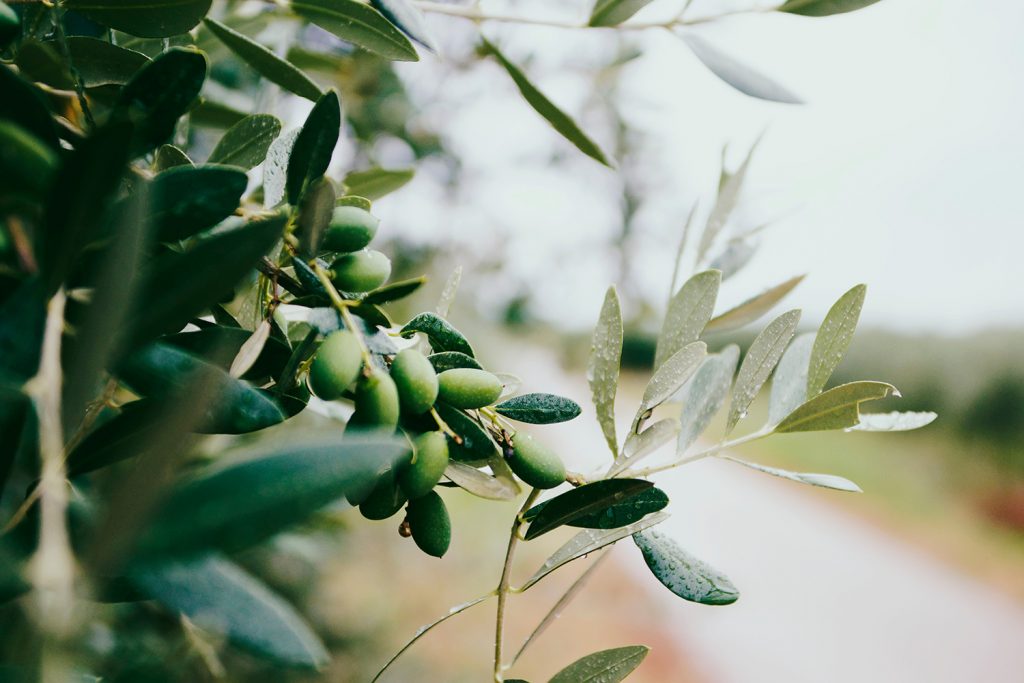 The Designation of Origin Aceite del Bajo Aragón is located in the northeast of Teruel and the southeast of the province of Zaragoza. This area has become one of the most important olive oil producing places in the northern of Spain. It occupies a cultivated area of ​​37,000 hectares, with an average density of 70 olive trees / ha, and it is composed of 77 municipalities.

The old town of Belchite 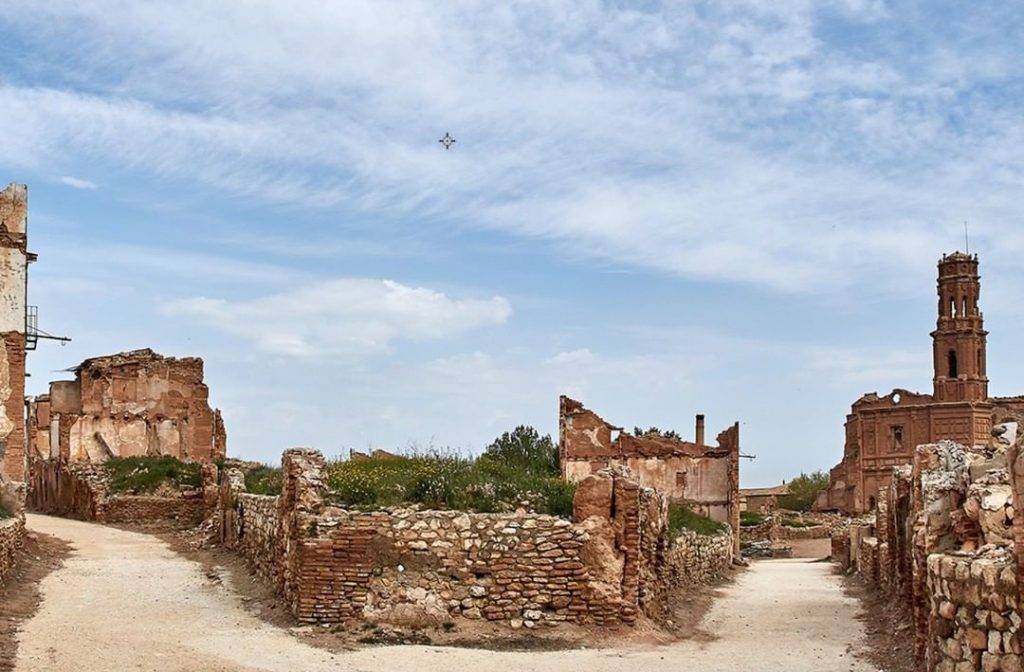 The old town of Belchite is considered one of the ghost towns of Aragón. This small village get devastasted during the Civil War and, since then, a lot of leyends have been heard about it. For many Spanish people, this war is very far away, however, there are a huge part of the population that still have it present. Belchite is one of the most important living values of the Spanish Civil War, an historic places where you can learn about an episode of the Spanish History that marked an era.

visit zaragoza, what to do in zaragoza, zaragoza tourism