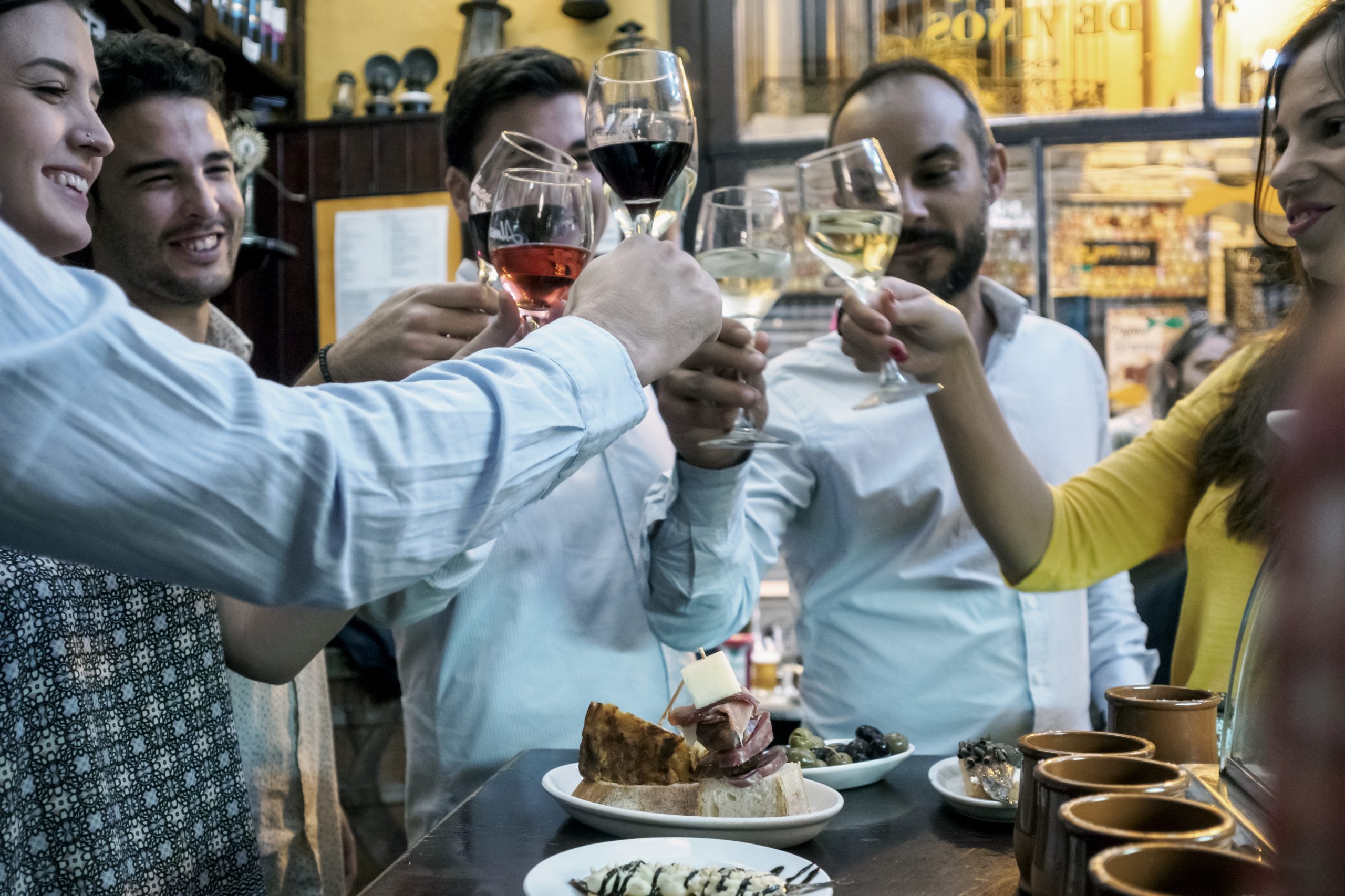 28 May The most popular tapas area in Zaragoza, El Tubo

El Tubo is an area of several streets in the center of Zaragoza. It is the main and the most traditional area of tapas in the city, between El Coso, Alfonso, Don Jaime and Méndez Núñez streets. You can also access directly from Plaza de España. From rutica 41 we make you a small summary where we do a private tour.

In El Tubo you can find excellent bars and restaurants such as El Plata, where you can see several shows while enjoying their varied tapas, or the ancient restaurant Casa Lac, one of the oldest restaurants in Spain and Europe since 1825. 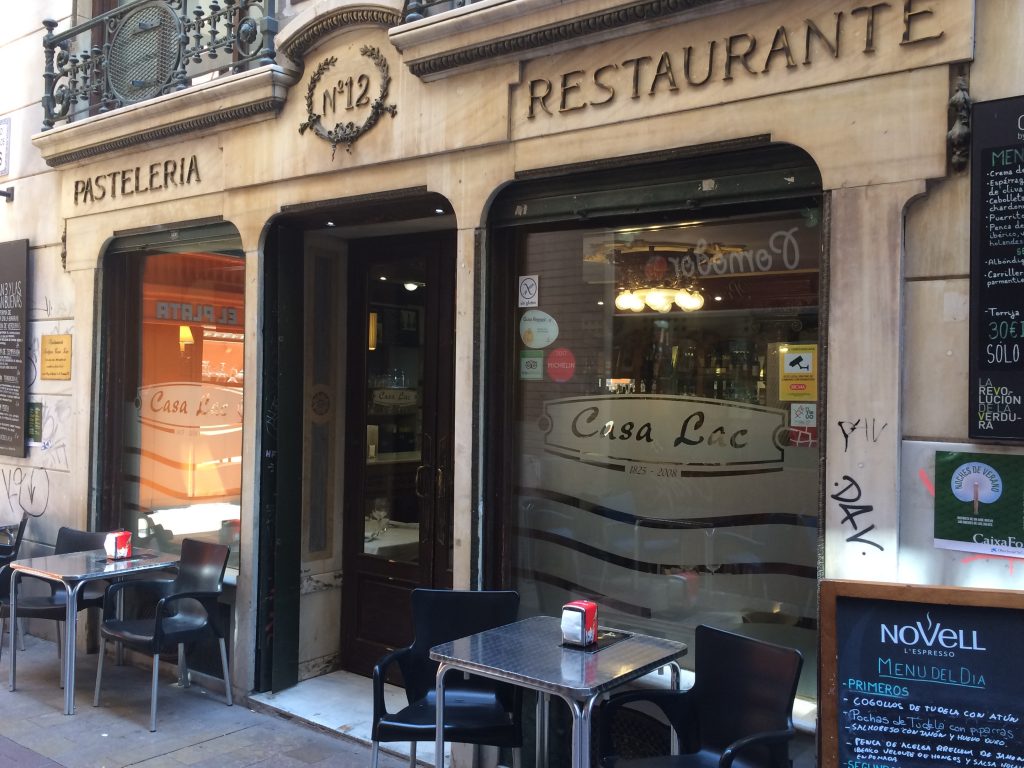 El Tubo, located in the center of the city, has known better and worse moments, it was in the 90s when its popularity was greatly diminished and the abandonment by the population and the authorities forced to close many bars and premises, only a few have continued until today and others have returned with renewed energy after a period of lethargy. It is currently known as one of the best areas for Tapas in Spain. 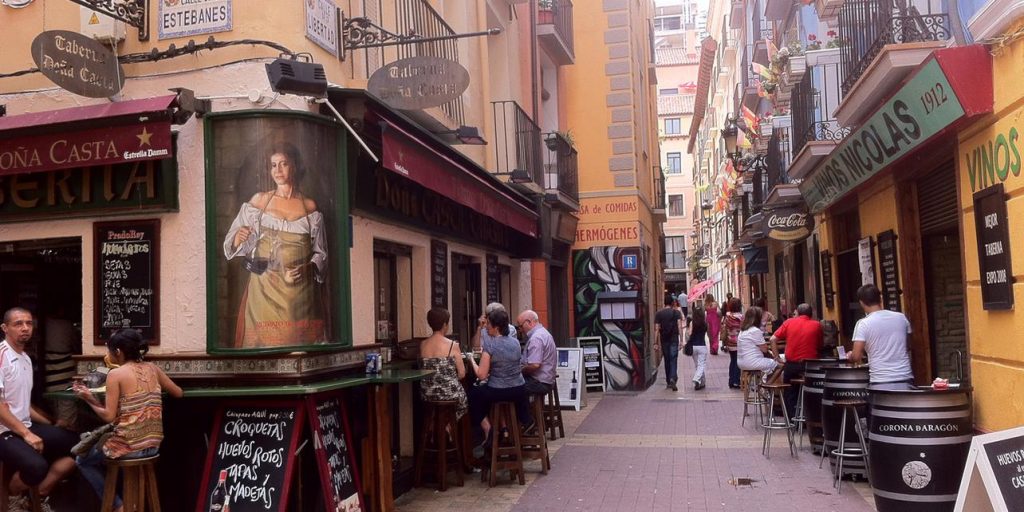 Here the visitor can experience the authentic Spanish tapas in the old town, you can taste the tapas as small creations that range from the most traditional, that have become a true classic of the city, to the most innovative and the most avant-garde cuisine. But they all have something in common: the high quality of their products and their meticulous presentation. 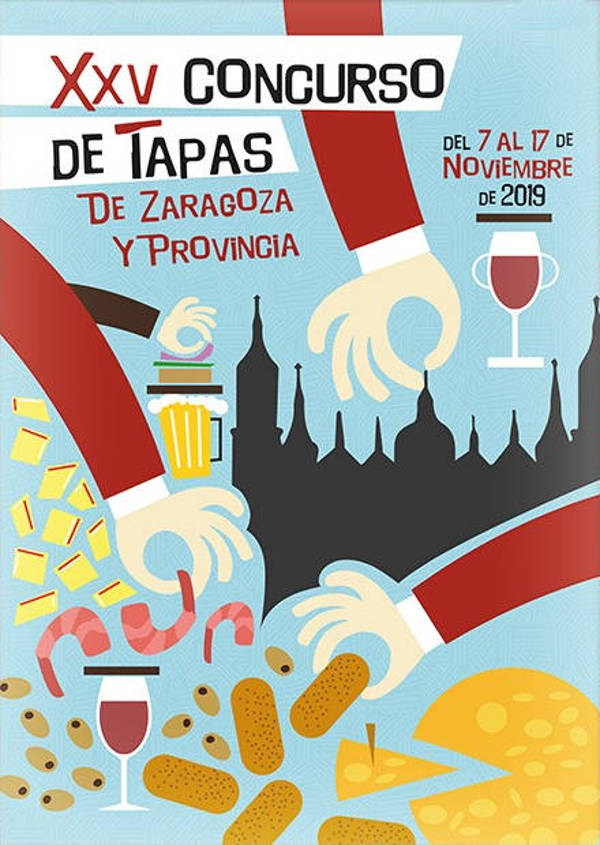 To stand out as a special event, the Tapas Contest of Zaragoza and Province is celebrated every year. In this contest, the different bars of El Tubo compete a lot. It is the oldest of this modality in Spain and it is organized by the Association of Cafés y Bares. It is a very popular event attended by hundreds of citizens and visitors who can follow a route through more than 100 establishments, which present their best culinary creations in tapas. The customers are the ones with the last word because the prizes for the best tapas in different modalities are decided by popular vote: The best lid on a cocktail stick; Original cover, Mediterranean cover and Aragonese cover.

You can also go one step further and be encouraged to do a private tours through the center of Zaragoza and if you liked these proposals of most popular tapas area in Zaragoza, you cannot miss our selection 10 Dishes you should taste if you come to Zaragoza

El Tubo, El Tubo zaragoza, tapas, visit zaragoza, what to do in zaragoza